Nature of Death: Killed in action on the Somme, France 3/9/16 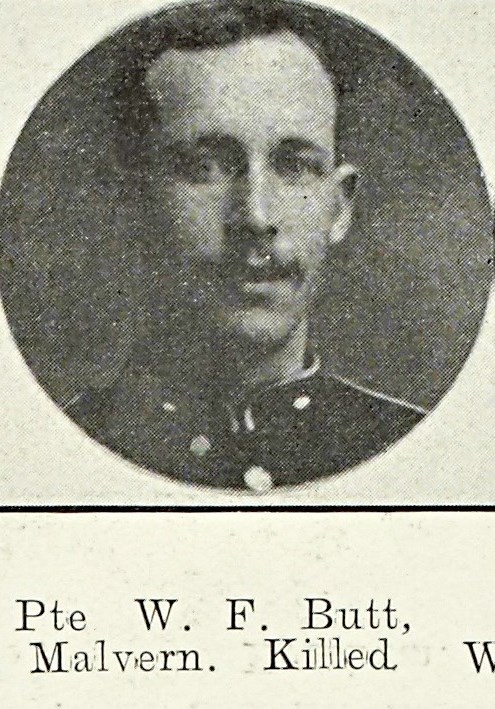 William Butt, a Barnard’s Green born labourer, was the eldest son of the Frederick Handley Butt of Meadow View, Pickersleigh Rd. He joined the Royal Berkshire Regiment at Swindon after the outbreak of war. He had been at the front for 12 months when, on the 3rd September 1916 he was killed by a shell during an attack on High Wood on the Somme.

He left a wife, Florence and a young son. He was for sometime a member of the Territorial Artillery. In 1914 he lived at the Foley Institute, Poolbrook (near the Three Horseshoes Inn).

If you know anything more about William Frederick Handley Butt then please fill out the form below and we will update his record accordingly: