Next of Kin: Son of Sardius and Mary Jane Hancock of The Pastures, Tan House Lane and husband of Ada Dorothy Hancock of 18 Church Road, Malvern 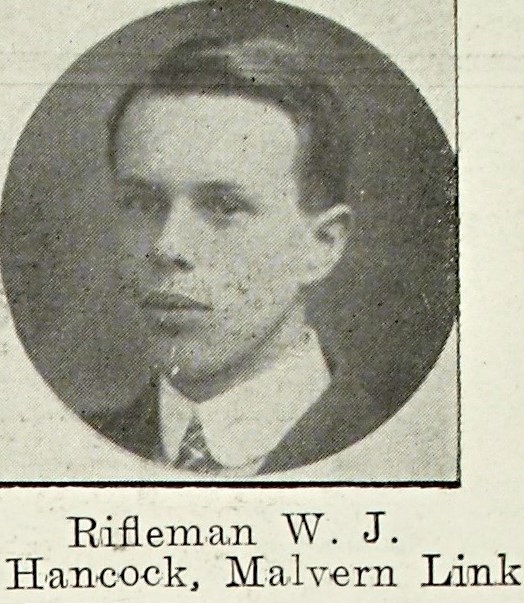 Wilfred Hancock was born in Harbledown, Kent, the son of Sardius and Mary Jane Hancock of The Pastures, Tan House Lane, Malvern. His father was a well-known temperance advocate in Malvern Link. He enlisted in the King’s Royal Rifle Corps at Coventry from the Ordinance Factory in November 1915 and went to France in June 1916. He did not have to enlist as Ordinance Work was a reserved occupation.

In October 1916, his parents heard from the War Office that his Wilfred was reported missing after an engagement on the 3rd September. At the time his brother Lieut R Hancock, Worcestershire Regiment was at home recovering from wounds.

If you know anything more about Wilfred John Hancock then please fill out the form below and we will update his record accordingly: