Nature of Death: Killed in action at la Boiselle, the Somme, France 10/7/16

Next of Kin: Husband of Minnie J Chant of Elm Cottage, Upper Howsell 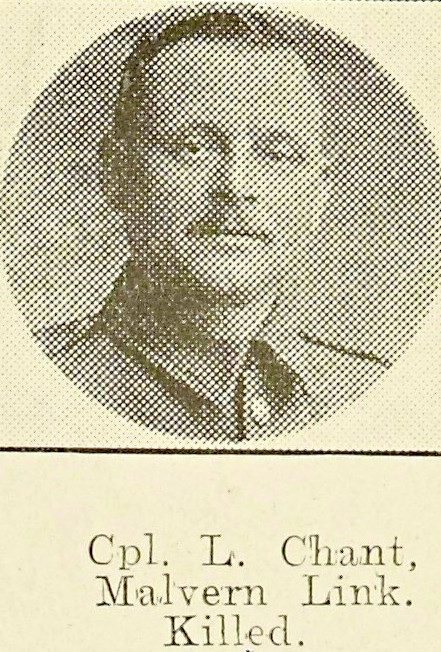 Leonard Chant was the husband of Minnie J Chant of Elm Cottage, Upper Howsell, Malvern Link. He enlisted in the Worcestershire Regiment in November 1914 and left nine children. After the war his wife moved to Manchester, where she set up home at Malvernia, Bury Old Road, Whitefield.

His Daughter Edith Caroline Chant came to Australia in 1927 where she met and married Claude Frederick Melbourne (known as Fred).

If you know anything more about Leonard John Chant then please fill out the form below and we will update his record accordingly: