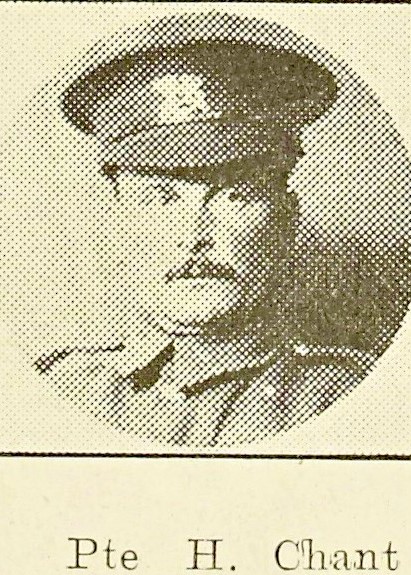 Herbert Chant was born in Malvern Link, and enlisted into the Army in Bridgnorth – at this time he was living in Highley, Shropshire. He initially served with the Herefordshire Regiment, but was transferred to the Border Regiment. He was the brother of Leonard John Chant of Malvern Link.

Colincamps and “Euston”, a road junction a little east of the village, were within the Allied lines before the Somme offensive of July 1916. The cemetery was started as a front line burial ground during and after the unsuccessful attack on Serre on 1 July, but after the German withdrawal to the Hindenburg Line in March 1917 it was scarcely used. It was briefly in German hands towards the end of March 1918, when it marked the limit of the German advance, but the line was held and pushed forward by the New Zealand Division allowing the cemetery to be used again for burials in April and May 1918.

The cemetery is particularly associated with three dates and engagements; the attack on Serre on 1 July 1916; the capture of Beaumont-Hamel on 13 November 1916; and the German attack on the 3rd New Zealand (Rifle) Brigade trenches before Colincamps on 5 April 1918.

If you know anything more about Herbert Chant then please fill out the form below and we will update his record accordingly: