Next of Kin: Son of George and Annie Norman of Rodwell, Sussex; husband of Ada E Norman of 13 Madresfield Road, Malvern. 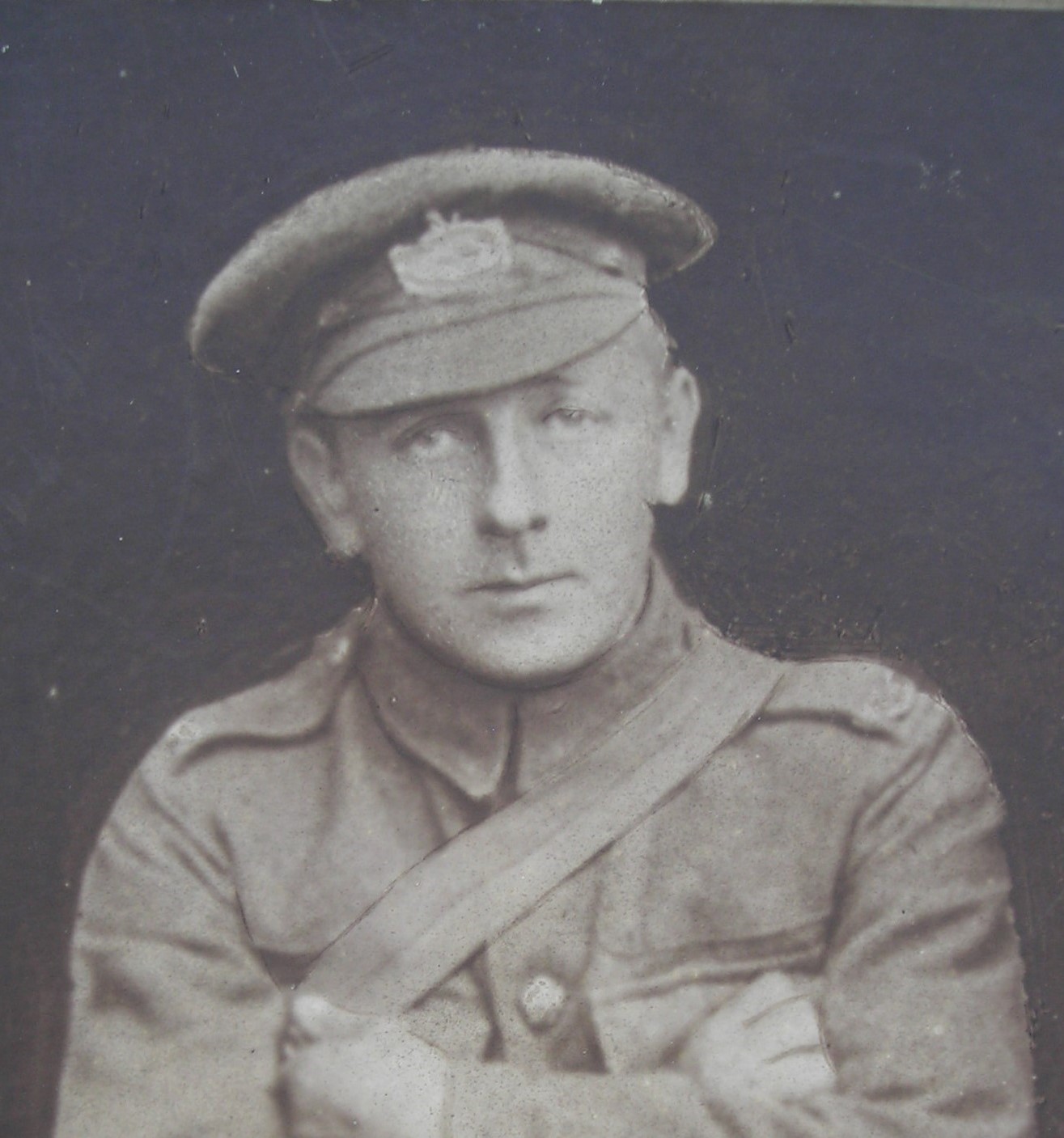 Henry was born at Rodmell on 25th January 1884, the youngest son of agricultural labourer George Norman and Hannah Earl known as Annie. Henry’s father died in 1891 and his mother in 1894.  Henry and his brother William and sisters Annie and Esther became orphans.

The wider family took in the Norman siblings. In 1901 William, described as a laundry carman was staying in Sussex with his aunt Esther Earl and her husband Richard Simmons, while Esther was staying with her uncle Richard Earl Lower and his wife Cordelia. Annie Norman, Henry’s eldest sister was then a general servant working at Braybrooke College for Girls in Hastings. We don’t know where Henry was, but in 1911 he reappears as a domestic groom, lodging at Stone House Cottage, Hollington near Hastings.

Ada Elizabeth George was born in Malvern Wells in 1883, the eldest daughter of stone quarry-man William and Ellen George who had 8 children. We guess William worked at one of the quarries on the Malvern Hills.

In 1891 the family was living in Welland, but by 1901 Ada had left home and was living not far away working as a housemaid at Cambridge House Girls’ School in Malvern Wells. However by 1911 Ada was recorded working as a housemaid in the household of retired farmer Thomas Stanton Hillman and his wife Elizabeth in Lewes, Sussex, a short distance from Rodmell, which probably explains how the couple came to meet.

It seems that the couple moved back to Malvern after their marriage.  Their son Jack was born in Malvern in 1913, and Nancy some time later.  The Malvern News recorded that, at the outbreak of war, he was employed Messrs Jones & Davis of Church Street, Great Malvern.  At the end of the War Ada Norman was recorded as living at 13 Madresfield Road, Malvern.

The West of England Bantams The 14th Gloucestershire Regiment, referred to as the West of England Bantams, were formed in Bristol during May 1915 from a cadre of senior NCOs selected from the 12th Gloucesters.  The Bantam concept was set up to enlist volunteers who had previously been turned down on account of their height. The majority of ranks were recruited from the Bristol and Birmingham area.

Henry Norman enlisted at Malvern in August 1915.  At this time the 13th (Forest of Dean) Battalion of the Gloucestershire Regiment were based in Malvern.  But possibly because he was short, or this pioneer battalion were “full up” he was posted to the 14th Battalion.  He certainly only served overseas with the 14th Gloucesters.

At the end of January 1916 the 14th Gloucesters left for France, as part of 35th Division.  During the first week of March, the Division took over the trenches from the 19th Division around Festubert.  The battalion served in this area until the early summer.  At the end of August the 35th Division were transferred to VI Corps of the Third Army and spent the autumn and winter on the Arras Front.

On 10th October, the 14th Gloucesters took over a “J1” Sub-section of trenches in the Arras sector from the 16th Cheshire Regiment.  A ruined oil factory was part of their line, and this was shelled heavily on the following day.  On 12th October British trench mortars were active and one German trench bay was observed to have been blown in.  The following day the battalion used their machine-guns to assist an artillery and trench mortar barrage on the German line.  The War Diary recorded:

Despite the retaliation being comparatively “little”, clearly return fire had caused casualties and it is highly likely that Henry Norman was among those wounded.  A letter dated 14th October received by his wife from the sister-in-charge of 37 Casualty Clearing Station at nearby Avesnes-de-Comte stated:

“[Norman] was admitted late last night in an unconscious condition and though every possible thing was done for him he never rallied at all, but passed away quite peacefully… he was badly wounded all over and must, I think, have died of shock more than anything else and the little thought that might comfort you a little will be to think that at any rate his sufferings were not prolonged.”

Norman was buried at Avesnes-le-Comte Communal Cemetery that was co-located with the Casualty Clearing Station.  In addition to being commemorated at North Malvern, his parents also had his name added to the Brighton War Memorial. It is not known for certain what Ada did after Henry died, although the Commonwealth War Graves Commission in compiling their records immediately after the war record her as living at 13 Madresfield Road, Malvern.  In 1925 Lilly, Ada’s niece, married Malvern man Frederick Albert Tudge. He sadly died in the Second World War aboard HMS Glorious which was sunk evacuating British aircraft from Norway by the German battleships Scharnhorst and Gneisenau in the North Sea with the loss of over 1,200 lives.

Frederick’s younger brother Able Seaman Edwin Roland Tudge of HMS Neptune, would be killed on 19th December 1941. The cruiser HMS Neptune sank with the loss of nearly all hands after running into a minefield off the coast of Africa near Tripoli.

More about Henry and Ada Norman can be found by clicking here.  I’m very grateful to Angus and Rosemary for their research, which has been used in this profile and to Anne Hughson who supplied the picture of Norman and the letter from the Casualty Clearing Station

If you know anything more about Henry Norman then please fill out the form below and we will update his record accordingly: