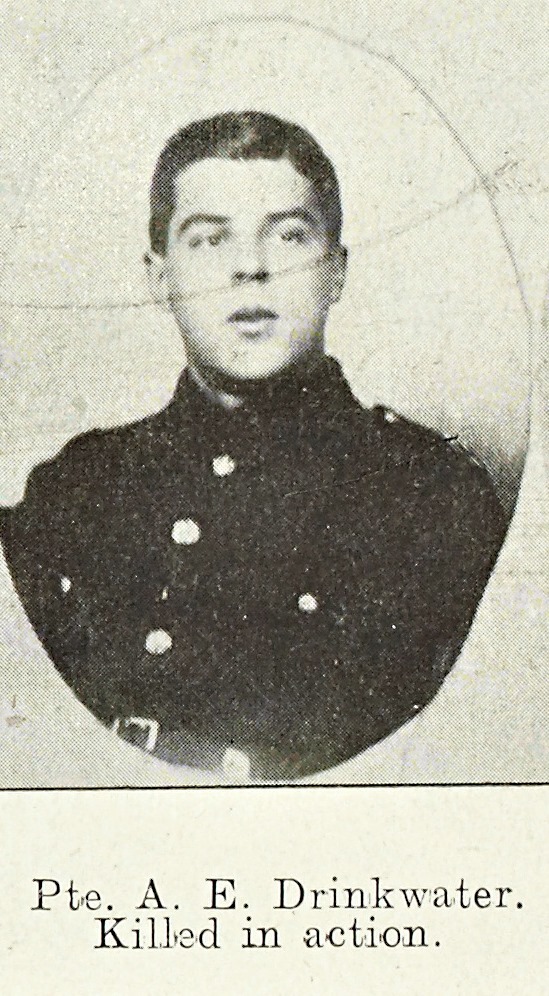 On the 8th May 1916 the Worcester Daily Times reported:

“Mr and Mrs J W Drinkwater of 24 Boughton Street, St Johns, have received official intimation that their youngest son, Pte A E Drinkwater of the Worcestershire Regiment has been killed in action.  He was 24 years of age.  He enlisted soon after the outbreak of hostilities.  He was sent out to Gallipoli where he was wounded in the arm.  He returned to England, and was in hospital in Birmingham afterwards being in a convalescent home at Evesham, and there was at Norton Barracks.  He left England and was drafted out with an Expeditionary Force.  He was employed as chauffeur by Mr Orr Ewing of Malvern.”

If you know anything more about Albert Edward Drinkwater then please fill out the form below and we will update his record accordingly: