Next of Kin: Son of Charles and Alise J Taylor of 1 Albert Terrace, Newtown, Malvern 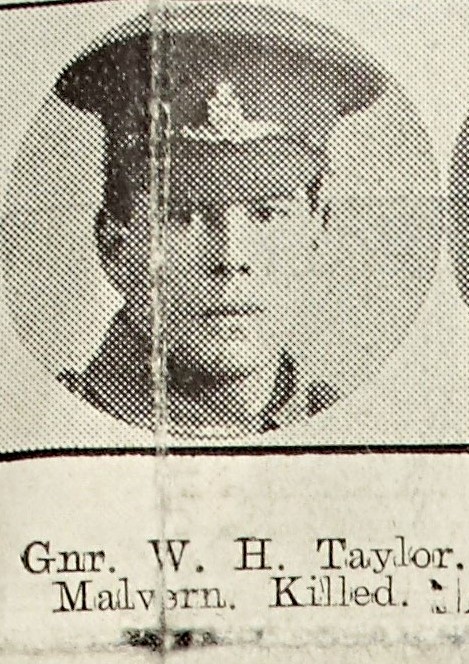 The Malvern News reported on the 17th November 1917: “Gnr W H Taylor (son of the late Mr A Taylor and Mrs Taylor of Albert Terrace, Newtown) has been killed in action. Before he joined up he was employed at Malvern Link Station. A Major has sent Mrs Taylor the following letter: ‘It is with the most heartfelt that I have to inform you of your son’s death in action. He was killed instantaneously by the splinters of a shell, which hit his dugout and cannot, I think, have felt any pain. Your son was a favourite with all, and is much missed. He was moreover a gallant and willing soldier. We laid him to rest in a quiet little cemetery behind the lines. Assuring you of my deepest sympathy in your sad bereavement.'”

If you know anything more about William Henry Taylor then please fill out the form below and we will update his record accordingly: