Nature of Death: Killed in action at Gillemont Farm, near Epehy France 24/4/1917

Next of Kin: Son of the Alice Clarke of 3, West End Cottages, Belmont Road and the late Thomas Henry Clarke 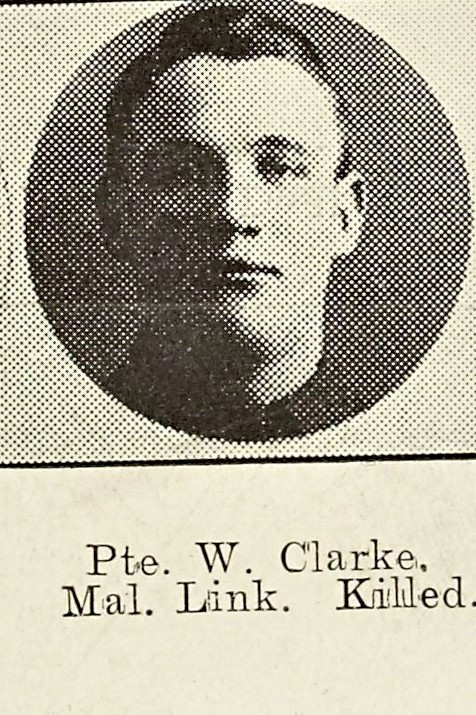 On 24th April 1917 the 1/8th Battalion attacked Gillemont Farm, an outpost of the Hindenburg Line and suffered heavy casualties. Forced to give ground many men were taken prisoner and the wounded left behind. William Clarke was killed in action during this battle aged just 21. He was buried at Arras Road Cemetery, Roclincourt several miles behind the British lines which indicates that he was probably wounded and died at or on his way to the Casualty Clearing Station.

If you know anything more about William Clarke then please fill out the form below and we will update his record accordingly: