Next of Kin: Son of Mr and Mrs Frederick Bruton of 4 Fair View Cottages, The Old Wyche 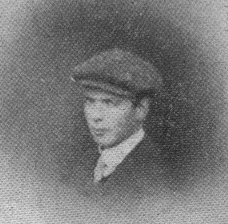 William Bruton was born on the 16th September 1897, the son of Mr and Mrs Frederick Bruton of 4 Fair View Cottages, The Old Wyche. He was admitted to the Wyche School on the 6th January 1902. He subsequently moved to Glamorganshire, probably working in the coal industry, and enlisted in the South Wales Borderers at Mountain Ash.

He not was reported wounded and missing until January 1918, but in fact had been killed on or around the 26th October 1917 during the Battle of Passchendaele.

If you know anything more about William Albert Bruton then please fill out the form below and we will update his record accordingly: