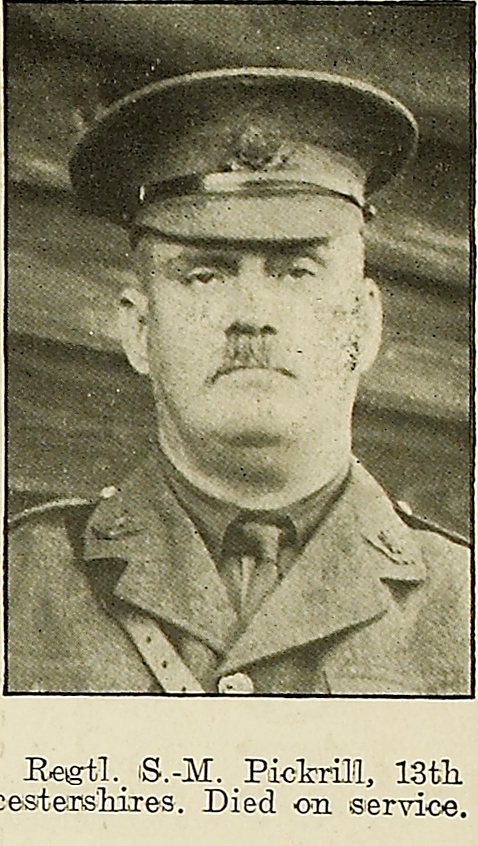 Thomas Pickrell an old soldier who was born in Dudley, rejoined the army at the outbreak of war. From the 10th Bn, he was posted to the 11th and promoted to RSM. When that Battalion left England for France, he was reposted to the 13th Bn as he was too old for active service. He was one of the five soldier sons-in-law of ex-Sgt Walters, formerly of Poolbrook who has four grandsons in the army. He left a widow, a daughter and a son who served in France.

If you know anything more about Thomas Pickrell then please fill out the form below and we will update his record accordingly: