Next of Kin: Husband of Mrs Flanagan of Fromefield Villa, Barnard's Green 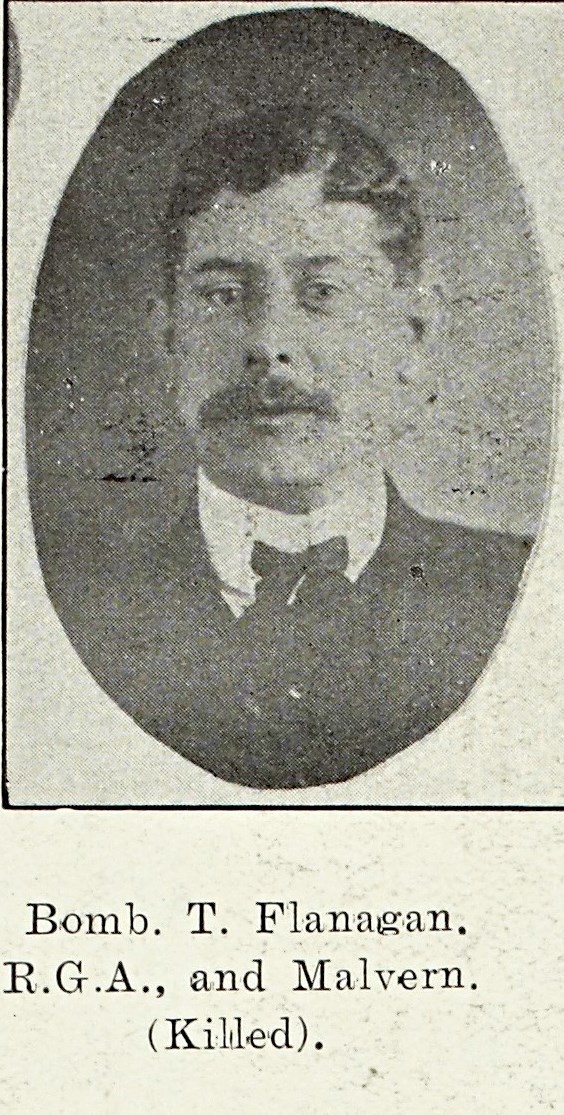 Mrs Flanagan of Fromefield Villa, Barnard’s Green received official notification in May 1916, that her husband, Bdr Thomas Flanagan RGA att TMBty was killed in action 28th April 1916 and buried on the morning of the 29th. Mrs Flanagan received a letter from an officer who paid tribute to her husband as the most trustworthy man under his command. His comrades saw him as a fine gunner and the most daring man in the battery and he was never at ease when out of the trenches. He had been in the fighting line since June 1915, with a short interval in December, when he came home on leave. Flanagan came back from America in December 1914 to enlist, making the voyage across on the ill-fated Lusitania.

If you know anything more about Thomas Flanagan then please fill out the form below and we will update his record accordingly: