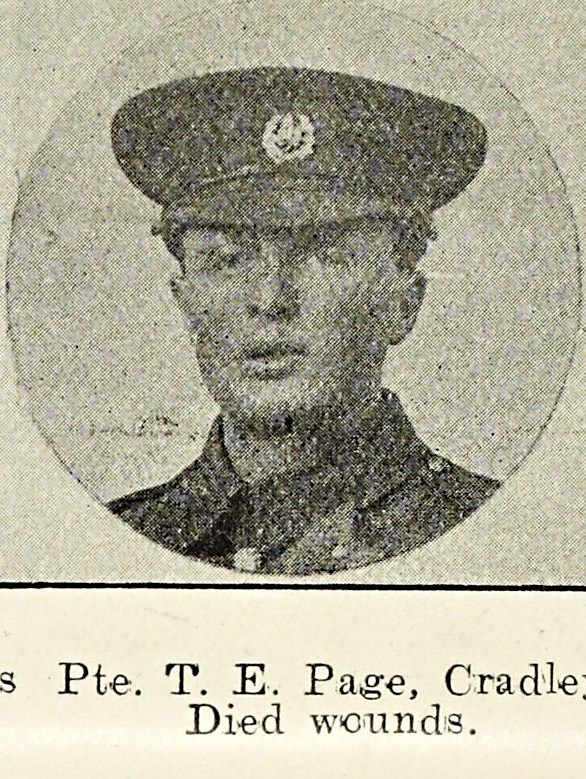 The unit at the time were in the sector around Le Sars, and less than two months later a direct hit was scored by the enemy on a post held by several members of the Worcestershire – Thomas Page may have been wounded here, although to die so far away at Rouen only 4 days later seems to suggest an earlier incident.

“Official intimation has been received by Mr E T Page, Broom Farm, Cradley, Malvern, late of the Talbot Hotel, Knightwick, that his son, Thomas Edward Page, died in hospital on the 18th December from wounds. Private Page was a butcher apprenticed to Mr Molyneux of Worcester, and soon after the outbreak of war he joined the Worcestershire Yeomanry, but in September last he was transferred to a Battalion of the Worcestershire Regiment serving in France.”

If you know anything more about Thomas Edward Page then please fill out the form below and we will update his record accordingly: