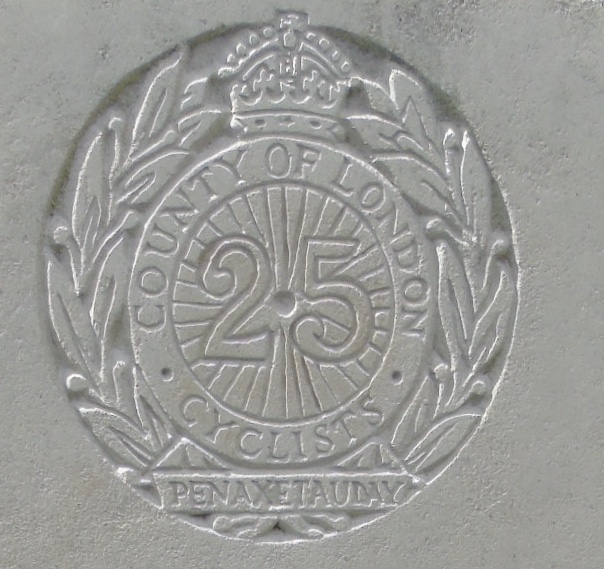 Richard Hartland Woods was killed by a shell while touring the line with his commanding officer (A/Lieutenant-Colonel John Maxwell DSO MC, who was also killed).  At the time he was serving as the Battalion Signal Officer of the 8th Kings Royal Rifle Corps.

Woods had been a voluntary chorister at the Priory and was at the Lyttelton Grammar School before attending Felthorpe School and then the Kings School, Worcester. After school he was articled to Messrs Baker, Sutton and Co, accountants and was a member of the Institute of Chartered Accountants. At the outbreak of war he held an important position in a London accountancy firm.

He joined the 25th London Regiment, and was quickly promoted to Sergeant. His Colonel recommended him for a commission and in November 1916 he proceeded to Newmarket to a Cadet Battalion. In March 1917 he was gazetted as a Second Lieutenant in the London Regiment and was attached to the 8th Battalion, Kings Royal Rifle Corps in France. After only a month’s service he was appointed the Battalion’s Signal Officer.

In March 1918, the journal of the Worcester Kings School, The Vignorian reported:

“Richard Woods was the only son of Mr. and Mrs. W. D. Woods, of Stafford House, Malvern. He entered Castle House, as a King’s Scholar, in the Fourth Form, in January, 1904. He rapidly rose and left School from the Sixth Form as head of the Modern Side, in July, 1906, having passed with distinction the Chartered Accountants’ Examination at an early age. At School he was remarkable for steady industry and conscientious effort in all that he undertook: active both in cricket and football, for both of which he obtained 2nd XI. colours, and respected by all.

“After leaving School he was articled to Messrs. Baker and Sutton, in London, and on the completion of his articles they still retained his services. When war broke out he joined the 2/25 Battalion, London Regiment, and rapidly rose to the rank of Sergeant. His Colonel recommended him for a commission, and in November, 1916, he joined an O.C.B. at Newmarket. He was gazetted in March, 1917, to his old Regiment, and after three weeks was attached to the 8th Battalion, K.R.R. Corps. Proceeding at once to France, he was given charge of the Signal Section of his Battalion, and was killed while on duty at Paschendaele, on the night of December 3rd, 1917. Both as a soldier and a civilian his life was full of promise, and his loss deeply regretted by many friends.”

If you know anything more about Richard Hartland Woods then please fill out the form below and we will update his record accordingly: