Next of Kin: Son of of Mrs Barber of 3 Somerset Place, Lower Chase Road 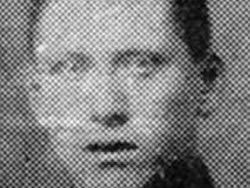 It is not clear who the Richard Barber commemorated at Malvern Library was. However a Pte R Barber, Herefordshire Regiment was reported killed in December 1917 – although this was later discovered to be unfounded, it is possible that he died after the war.

On the 8th December the Malvern News reported: “A few days ago Mrs Barber, widow of 3 Somerset Place, Lower Chase Road, received official communication stating that her son, Pte R Barber, Hereford R was killed in action on the 6/11/17. On Saturday morning, to her great joy she had two letters and a postcard from her son bearing dates subsequent to November 6th. He is alive, but has been bayoneted in the left knee by a Turk. “

If you know anything more about Richard Barber then please fill out the form below and we will update his record accordingly: