Next of Kin: Only son of the late Mr and Mrs Paul Thompson of Llanishen, Glamorgan 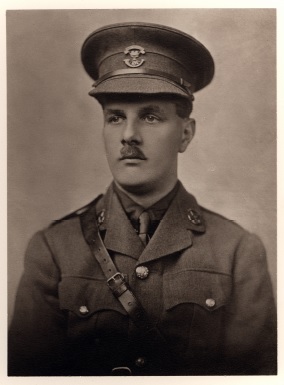 Reginald Paul Thompson was born on the 12th August 1887, the only son of the late Mr and Mrs Paul Thompson of Llanishen, near Cardiff. A trainee solicitor, he was educated at Malvern College, a trainee solicitor in Cardiff. At the outbreak of war he was was living at Edith Lodge, Graham Road, Great Malvern. He joined the Public School and Universities Corps on the outbreak of war and was commissioned in May 1915 into the Special Reserve of Officers attached to the Somerset Light Infantry. The Malvern News reported that he had many friends in Worcestershire.

In November 1916, the Malvernian reported:

‘Reginald Paul Thompson was at Malvern [College] from 1902 to 1904. He made many friends at School, and did his best after leaving to keep up the circle, and to remain in touch with Malvern. He was articled to a solicitor in Worcester, and remained in this district till he left to start a practice in Cardiff. On the outbreak of war he joined the Public School Corps as a Private, and was commissioned in May 1915 to the Somerset Light Infantry, then at Plymouth. He acted as musketry instructor till he was transferred to the 1st Battalion in July last, and joined them in France.’

If you know anything more about Reginald Paul Thompson then please fill out the form below and we will update his record accordingly: