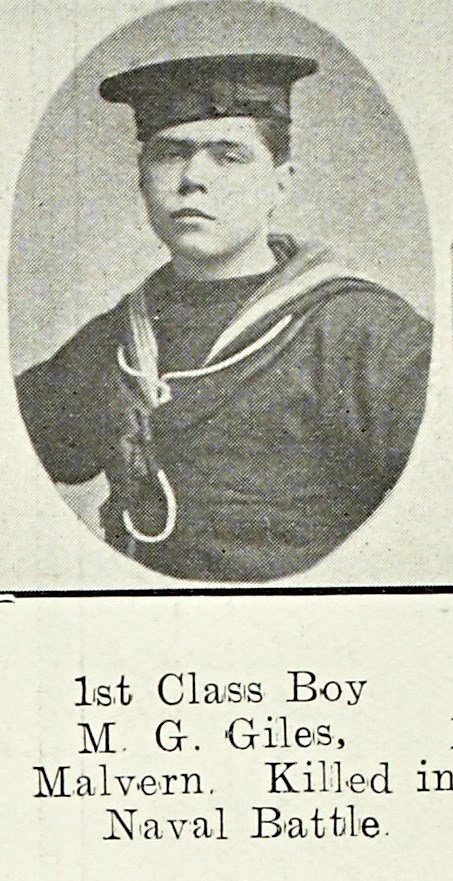 Mornington George Giles, was the eldest son of Mr and Mrs Albert Henry Giles, Radnor Cottage, 8, College Gardens, lost his life on HMS Queen Mary during the Battle of Jutland. He was a Boy 1st Class and was killed only a month after joining the navy. Before joining up in April 1916 he was employed at No 9 House, The College. He was an old boy of the Wyche.

If you know anything more about Mornington George Giles then please fill out the form below and we will update his record accordingly: