Nature of Death: Killed in action on the Marne during the German Spring Offensive 9/4/1918

Next of Kin: Son of W Timmins of 2 Eatonville, Pound Bank, and the husband of Florrie Powell (nee Timmins) of 2 Green Hills Cottage, Golf Common, Malvern. 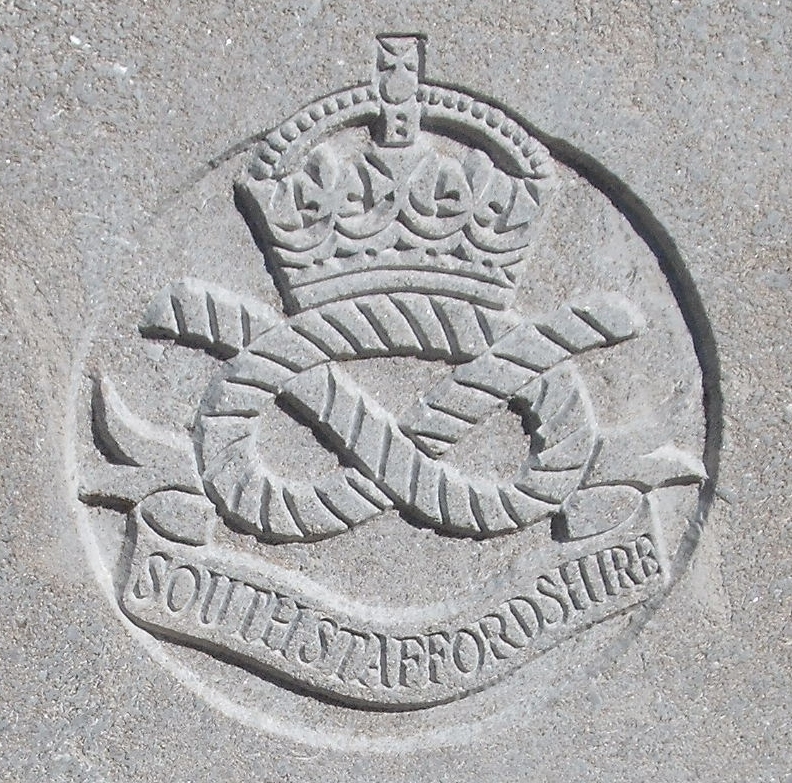 Martin George Timmins, known as George, was born in Halesowen. He married Florrie Marriott at Stourbridge Register Office on 2nd February 1911.  At the time of marriage the couple were living at George’s parents house, 2 Grammar School Lane, Halesowen.  George’s occupation at the time was an asylum attendant, although by April he was recorded in the 1911 Census as a house painter.

George joined the army at Smethwick in the South Staffordshire Regiment. Florrie was from Malvern, and probably moved back to her parents with the couple’s two children, George and Florrie.

He was reported by the Malvern News to be missing during the massive German Offensive on 18th May 1918. As was the case with many men lost during the British retreat, news of the missing was uncertain. A large number of men turned out to have been taken prisoner, but for the relatives of those who had been killed information was scarce and took ages to come through. The British Red Cross was the main channel for this information, who coordinated information from wounded soldiers and their German counterparts the Deutscher Rote Kreuz via Switzerland.

In September, Florrie received a letter from the Enquiries Department for the Wounded and Missing, BRCS & OStJ(*) 18 Carlton House Terrace, London SW1 regarding her husband Pte G Timmins South Staffs:

“In reply to your inquiry we are very sorry to tell you that we have received the following report: ‘Pte W Hooley, Lincolns now at Crossland Moor Auxiliary Hospital, Huddersfield says: ‘I was formerly in the South Staffs Regiment, I saw Timmins lying in No Man’s Land shot through the head. We were on the Marne. We were on the retreat there and he would probably be buried by the Germans. He had the scar of an old bullet wound in the nose: clean shaven.

“We do not accept a first and only report as being conclusive as to the fact of death, but regret to have to tell you that unless you have hard from your husband to say he is a prisoner of war, we fear that the sad probability must be that what Pte Hooley ways is correct. Should we received further information we will write again.”

“He was a big friend of mine and I was sorry when he got killed. I was with him the first time he was wounded. That was through the bridge of the nose. It just missed hitting me, but I was very lucky. I was not present when he was killed, but found him when retiring. The last time I saw him alive he was in the best of health and in very good spirits. You know how he was never downhearted. He was a Lewis Gunner and stood to his post.”

Mrs Timmins was not officially notified of the death of her husband until January 1919 – nine months after the event.

If you know anything more about Martin George Timmins then please fill out the form below and we will update his record accordingly: