Next of Kin: Only son of John William and Clara Jeakes of Taynuilt, Graham Road, Malvern 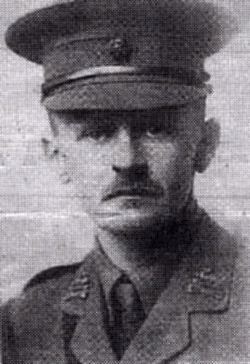 The Malvern News reported on November 3rd 1917: “Mr and Mrs J W Jeakes received the following letter from a Captain in the Royal Berks: ‘Soon after the battle started your son was mortally wounded by a bullet and he died within a short time. His conduct up until the time of death was splendid. He took no notice of heavy fire from rifles and machine guns but urged his men forward and set them a fine example of courage and devotion to duty. His death is a great loss to us. We all liked him and admired him immensely. Please accept my deepest sympathy in your sad loss. I hope it will be a solace to you that he died a soldier’s death, cheering on his men and in his last moments when he knew all was over, kept up his spirit and told those men who stayed with him to go on and leave him.’

“Another officer writes: ‘I expect you have already heard the sad news of your son who was killed in action. He had not been with is for very long and it was his first fight with this Battalion. His reputation was that he was an extremely brave man in action and he more than lived up to that. The attack began in very heavy rain and added to that the appalling state of the ground, the Company got somewhat disorganised. Your son did his best and more than partially succeeded in getting his men together. He died within a short time of being hit. He was in my Company and I can only say what an awfully good fellow we all thought him.'”

If you know anything more about John William Jeakes then please fill out the form below and we will update his record accordingly: