Next of Kin: Son of Mr and Mrs Williams of Fair View, Wells Road, Malvern Wells 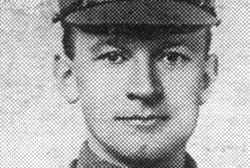 Mr and Mrs Williams of Fair View, Wells Road have been officially informed that their son Lieut John Victor Williams, Liverpool Regiment has been killed in action. He was at onetime employed at Messrs Schweppes at Colwall, and later moved to Leamington and Coventry and joined the RAMC at Birmingham soon after the outbreak of war. He saw service at Gallipoli and was invalided home and was subsequently commissioned in the Liverpools. The deceased was a Past Grand Master Master of the Loyal Wells Lodge of Oddfellows and took a keen interest in the old Colwall Football Club.

The Colonel of the 4th Kings wrote to his father: “Your son died while leading his men to attack during sever fighting last week. His death is a very great loss to the Battalion. He was instantly killed by a bullet through the heart. His leadership and bravery were splendid, and he died like a very brave soldier. I hope you will accept my heartiest sympathy in your great loss.”

A fellow officer wrote to his sister: “Allow me to express my deepest sympathy for you in your death, in action, of your brother…Williams was always a quiet chap, but he was one of those few whose minds one feels are strong and good without the assurance of the spoken word…What I thought of him was fully borne out in the brave way in which he met his end. He led the attack on a Boche stronghold which he successfilly carried and it was whilst occupying the position that he was sniped. No man could have done more. He died bravely in his own great way.”

Three brothers of Williams’ brothers served with the Colours, and a sister was working at a Casualty Clearing Station in France at the time of his death. There was a Requiem for him at Little Malvern Church, the Revd C R Fowke officiated on the 8th October 1917; and on Thursday, 12th a memorial was held at St John’s Coventry, where he was well known.

If you know anything more about John Victor Williams then please fill out the form below and we will update his record accordingly: