Next of Kin: Eldest son of Frederick and Mary Elizabeth Rimmer of Woodbine Cottage, Link Top 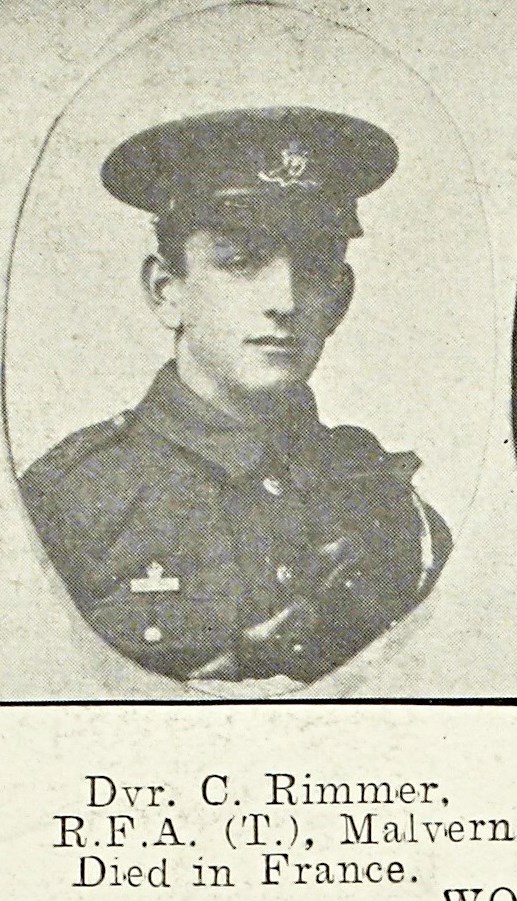 John Charles Rimmer died in hospital in Le Havre, France, and was buried with full military honours. He was the eldest son of the late Mr Frederick Rimmer and Mrs Mary Elizabeth Rimmer of Woodbine Cottage, Link Top. He lived at Rockcliffe, Newtown Road. He was a member of Holy Trinity branch of the Church of England Mens’ Society, a keen footballer and well known in athletic circles. He was formerly employed at the offices of Messrs Nalin and Co, Worcester.

If you know anything more about John Charles Rimmer then please fill out the form below and we will update his record accordingly: