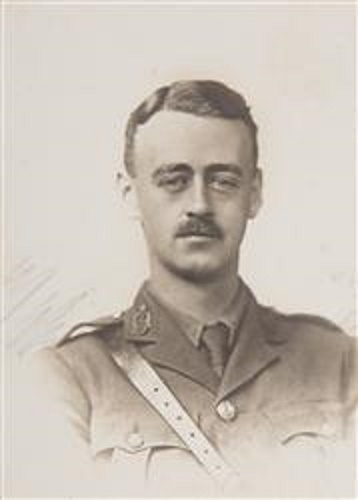 Capt Henry Ellis Robinson MRCS Eng LRCP London RAMC, the fourth son of Revd E C and Mrs Robinson of Chadsmore, formerly Hanbury Vicarage, Staffs. Soon after the outbreak of war he was appointed a dresser at the Duchess of Westminster Hospital, Le Touret, Etaples for seven months. He returned to London where he took his final examinations in October and returned to France in July 1916 where he was attached to the West Yorks Regiment as Regimental Medical Officer (RMO). He was killed instantly on the 25th April during a heavy German attack, while attending the wounded.

His Major writes: “Captain Robinson was far more than a RMO to us. Having lived with him almost the whole time he was with us, I know what a fine man he was, and what the Battalion lost in his death. Whenever a man was in need of his help, no matter how great the personal danger was, Captain Robinson was always to be depended on and the men knew it. For this reason he had the full confidence of his men, which is the highest ideal for an officer can possibly wish to obtain.”

If you know anything more about Henry Ellis Robinson then please fill out the form below and we will update his record accordingly: