Nature of Death: Killed in action at the Battle of Hazebrouck, France 15/4/18 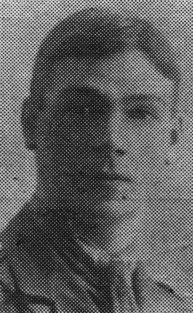 His parents have received the following letter from the Adjutant, Captain J B Graham:

“I am deeply grieved to have to send you the sad news that your son Harold was killed in the fighting round here. It is a small solace to know that his death was absolutely instantaneous, as a shell, or trench mortar fell on top of him. Poor Harold; I am so sorry I took a particular interest in him. As you know, he was once one of my excellent Boy Scouts. You will like to know, I am sure, how much the Colonel and all of thought of you son. He was a splendid lad; always so cheery and bright full of life and vigour, in the best of health and spirits and full of love for his work.

Although he had only been with us such a short time, he had done some very good work during these last days of constant fighting, and the Colonel had a very high opinion of him. He was with my party during the heavy fighting at the end of last month, and whatever I gave him to do, I always knew it would be done thoroughly and well. I hope you and his family will accept my own most sincere sympathy in you great loss, and also the sympathy of the other officers who knew him. He was a favourite with all.”

The constant fighting to which Captain Graham referred was part of the German Offensives in Spring 1918. With the news of the attacks in the north of the British sector the 61st Division, to which the 2/8th Worcestershire belonged, were ordered to the threatened area. Despite being terribly undermanned due to the previous onslaughts of March, the three hundred or so men moved to the Flanders front – many of them had not yet reached their nineteenth birthday. On April 11th the battalion marched to Robecq (a particularly featureless area around the River Lys, also the scene of fighting in World War Two), where in front of them the 51st (Highland) Division were heavily engaged with the enemy. Between the Worcestershire men and the front were two Warwickshire Territorial Battalions of the 61st Division.

“The young soldiers of the 2/8th Worcestershure were faced in their first battle by a trial which might have shaken older troops; but they behaved splendidly and stood their ground. Cheered on by the Adjutant, Captain J B Graham, they held firm, firing steadily and with great effect. The retreating troops on either flank recovered and closed in to support the Worcestershire platoons. The enemy’s advance was checked and stopped.

“During that day the enemy’s advanced troops wpred forward towards the line held by the Battalion, and several times the rifles and Lewis guns of the 2/8th Worcestershire came into action. The German artillery heavily bombarded the line; but no serious ttack was made. The main weight of the enemy’s attacking forces was being hurled against the 5th Division and the 4th Guards brigade north of the River Lys; and those veteran battalions were splendidly repulsing the onslaught.

“Next day (April 13th) the same story was to tell – heavy artillery fire and several attempts by the enemy’s infantry to advance from Calonne, which they were now holding in strength. Again those attacks were stopped by fire. Then the enemy’s effort died away, and the next two days were comparatively qiuiet.

“On April 17th the reorganised 2/7th Royal Warwickshire took over the front line, and the 2/8th Worcestershire marched back through heavy shell-fire to Hamet Billet. The losses of the Battalion in the five days of fighting had totalled 3 officers and 53 NCOs and men.”

If you know anything more about Harold James Parker then please fill out the form below and we will update his record accordingly: