Nature of Death: Died of wounds near Vimy Ridge, France 6/9/17

Previous Employment: At the Union Club, The Cross, Worcester 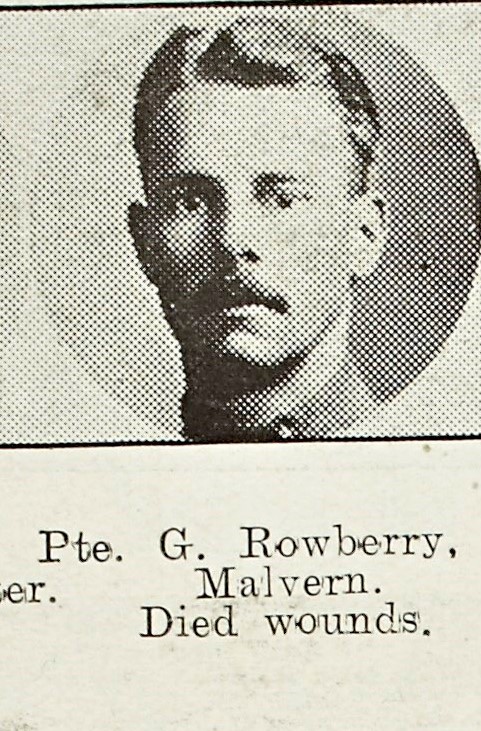 Mrs Rowberry, Pickersleigh Cottage, Madresfield Road, has received the information that her son Pte George Rowberry, CMR MG Section, has died of wounds in September 1917. He was wounded in the breast and died whilst being conveyed to the dressing station. He joined the Canadian Forces at Peterborough, Canada in November 1915.

Before emigrating to Canada he was for employed for sometime at the Union Club, The Cross, Worcester and was a member of the Territorials. Aged 25, he leaves a widow and 1 child, now in Canada. Mrs Rowberry had another son, Joseph killed in 1915. If you know anything more about George William Rowberry then please fill out the form below and we will update his record accordingly: