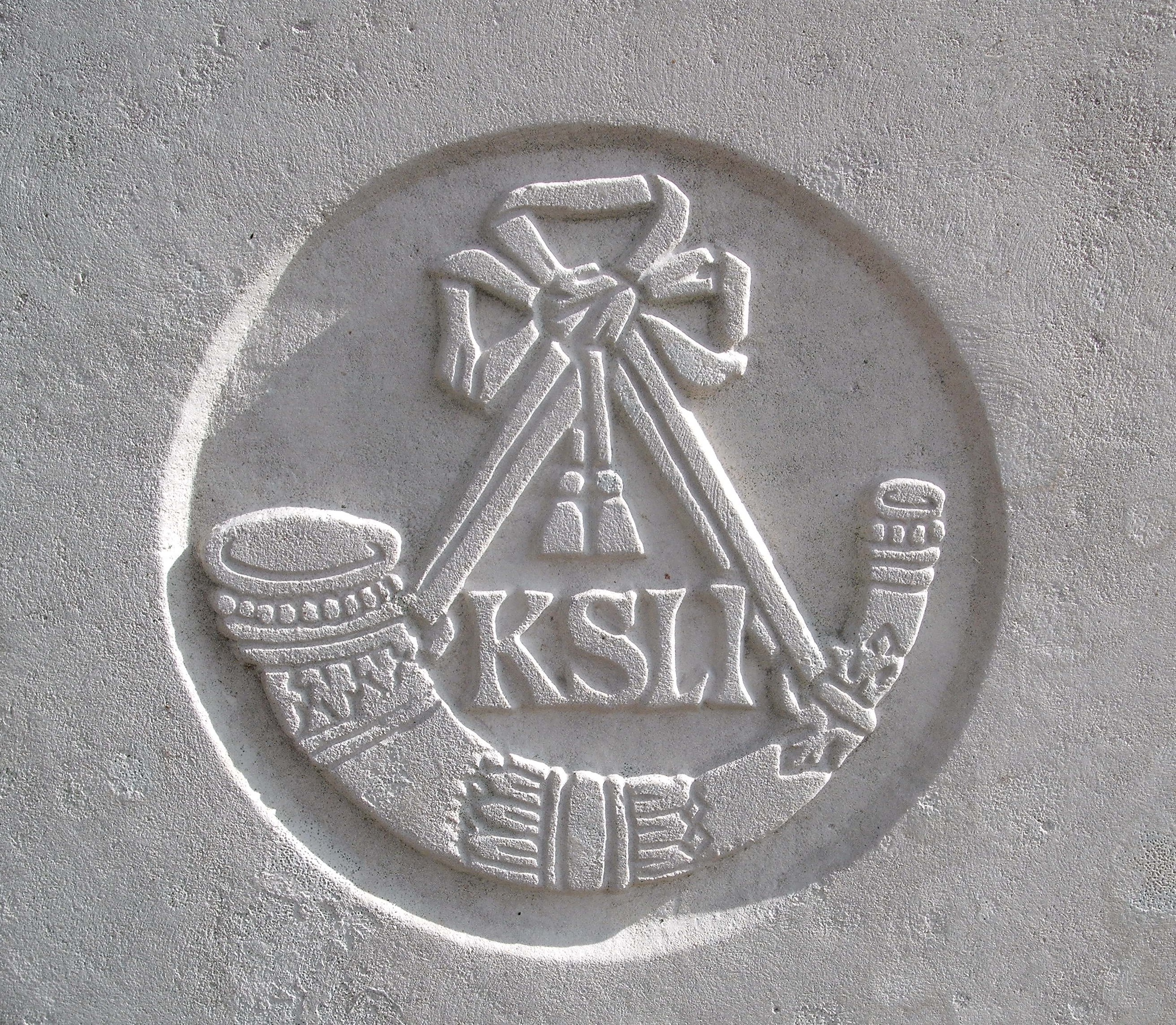 Frederick Powell was killed in an attack on positions on the Canal du Nord during the ‘One Hundred Days‘ in which Allied forces successfully pushed back the German Army which led to the Armistice. However, the German units put up fierce opposition. Under the title “The Battle of the Canal du Nord“, the regimental history states:

“At 5.20 on the morning of the 27th the 8th Brigade attacked again. The 7th K.S.L.I. on the right, the Royal Scots on the left, the Royal Scots Fusiliers in support. The objective varied from 900 yards on the right to 2,000 yards on the left. The 76th Brigade was to pass through, after the first attack, to capture Flesquieres, being followed in turn by the 62nd Division directed on Marcoing. The 9th Brigade were attacking on the right of the battalion, and the 3rd Guards Brigade on the left. The attack, in spite of a heavy bombardment with gas shells by the enemy, starting about 3.30 and lasting till four, was a complete success. The 7th K.S.L.I. attacked at 5.20 a.m., three companies in the line, with magnificent dash in spite of severe opposition. A Company on the right had a particularly stiff fight to gain their objective, losing their commander, a platoon officer and 34 other ranks. The centre company pushing on slightly in advance of their objective, captured a German battalion commander and 150 of his men. In addition, the 7th K.S.L.I. captured 52 machine guns, 4 trench mortars, 3 anti-tank rifles and 350 prisoners, including 6 officers. A number of congratulatory messages was received.

Powell’s death was reported in the Malvern News only nine days before the Armistice.

If you know anything more about Frederick George Powell then please fill out the form below and we will update his record accordingly: