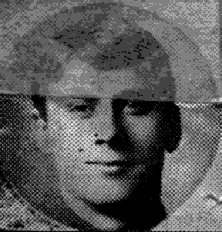 Ernest Kent was the son of Mrs Kent, widow of Warwick Cottage, Cowleigh Road. He enlisted into the Sherwood Foresters at Derby and was reported missing in the Malvern News in November. He had five brothers serving with the Army and one with the Navy (Alfred was also killed during the war); his late father had been a member of the Volunteer Force for 20 years.

If you know anything more about Ernest Kent then please fill out the form below and we will update his record accordingly: