Next of Kin: Son of Henry and Elizabeth Bishop of Greenville, West Malvern 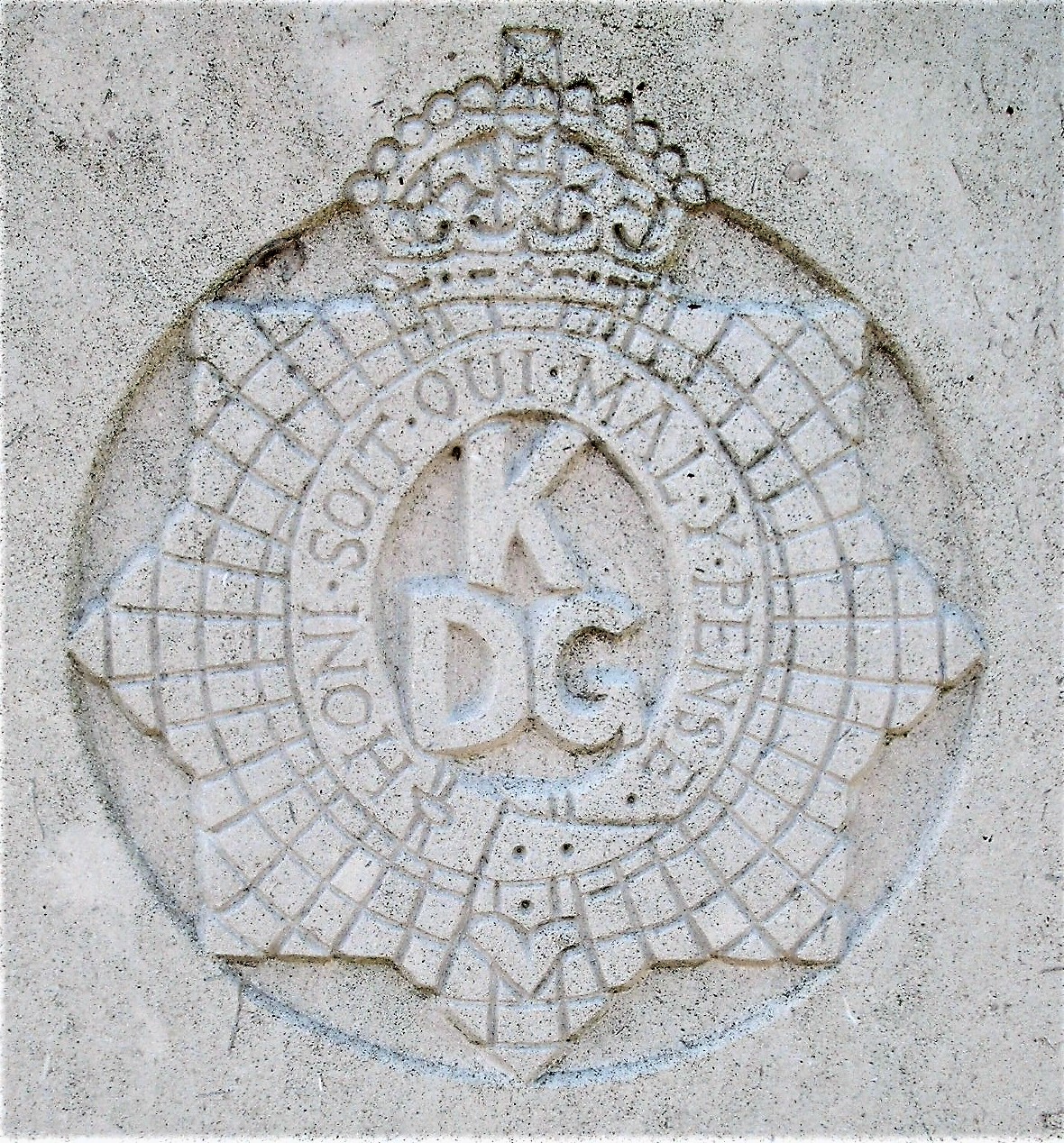 Ernest Bishop, who gave his occupation variously as farm labourer and sawdust merchant, was born in August 1892 and attended West Malvern School. His mother and father, Henry and Elizabeth Bishop kept Greenville, a boarding house, in West Malvern for many years. In September 1912 he travelled to Woolwich to join the Royal Navy as a stoker, but when he was told he was a year too young he left for Liverpool to join the Dragoon Guards. He was initially posted to the 5th (Princess Charlotte of Wales’s) Dragoon Guards, but was transferred to the 1st (Kings) Dragoon Guards at Curragh, Southern Ireland.

Having spent several months at Curragh, Bishop’s regiment moved to the home of the British Army, Aldershot. His regimental conduct sheet records that during his time there, Bishop was absent without leave for several days over the New Year 1913. Quite what he got up to has now been lost to history, but when the civil police caught up with him on the 8th January, after he’d been away for 11 days, he was sentenced to 28 days in detention.

A year later, after a spell in the Cambridge Hospital, Aldershot with bronchitis, Bishop was once again on the move. The 1st Dragoon Guards embarked in November 1913 for a tour of duty in India. This tour was cut short by the outbreak of war. In August 1914 the unit was in Lucknow and formed part of the Lucknow Cavalry Brigade, which in turn formed part of the 1st Indian Cavalry Division, which sailed from Bombay on the 16th October. After a three-week voyage, the KDG landed at Marseilles and crossed France to join the fighting.

Bishop was killed by a shell burst on the 1st June 1915. The first news of his death reached Malvern via a letter written to Mrs B Pitt of Garth Cottage West Malvern from her nephew Pte Brazier, who served in a sister regiment, the 1st (Royal) Dragoons.

If you know anything more about Ernest George Bishop then please fill out the form below and we will update his record accordingly: