Nature of Death: Killed in action south of Montauban, France 8/7/1916

Next of Kin: Son of James and Jane Bethune Mackenzie of Daresbury, Priory Road, Great Malvern 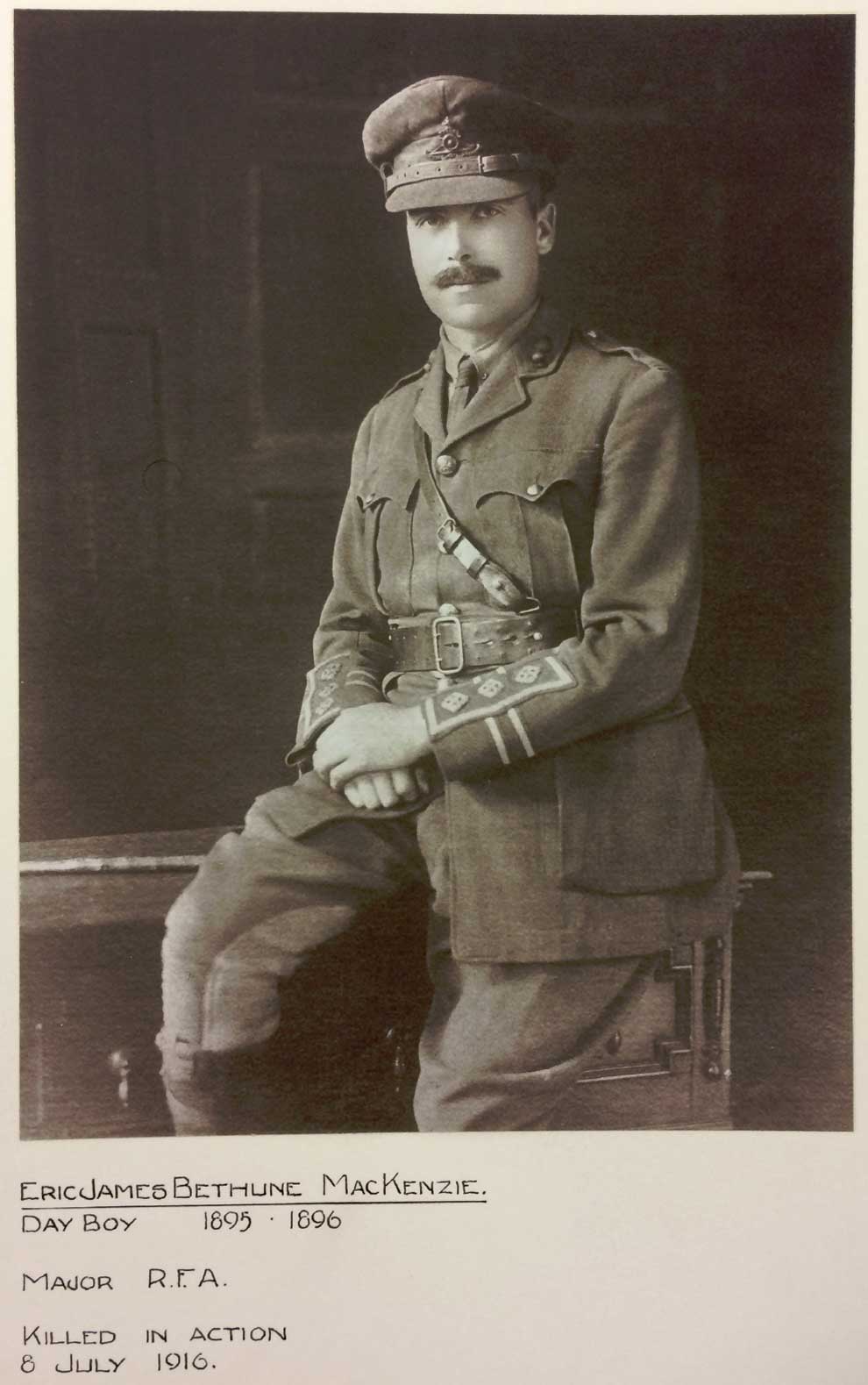 Eric Mackenzie, commanding 29th Battery, Royal Field Artillery was killed when during a bombardment the dugout in which he was sleeping collapsed at 2 am on the 8th July 1917. The previous day his Battery had been in action covering the advance of the 8th Infantry Brigade south of Montauban.

If you know anything more about Eric James Bethune Mackenzie then please fill out the form below and we will update his record accordingly: