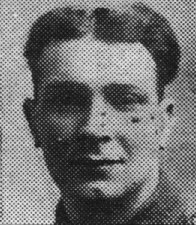 Charles Henry Butler was born in Upper Welland, near Malvern, the son of Mr and Mrs Butler, Seaton Cottage. He enlisted at Hereford and served with the Royal Army Medical Corps. The Malvern News reported in June 1918 that he died of gas poisoning. “Before joining up in 1914 he was employed on the College Golf Course. He has been in France for three years, the other son of Mr and Mrs Butler (Frederick) died in India just over 12 months ago. Pte C H Butler was married on the 24th January 1917 last when on home leave. He was loved and respected by all who knew him. His widow has received letters from the Chaplain, and comrades in which references are made to his bravery and endurance.”

If you know anything more about Charles Henry Butler then please fill out the form below and we will update his record accordingly: