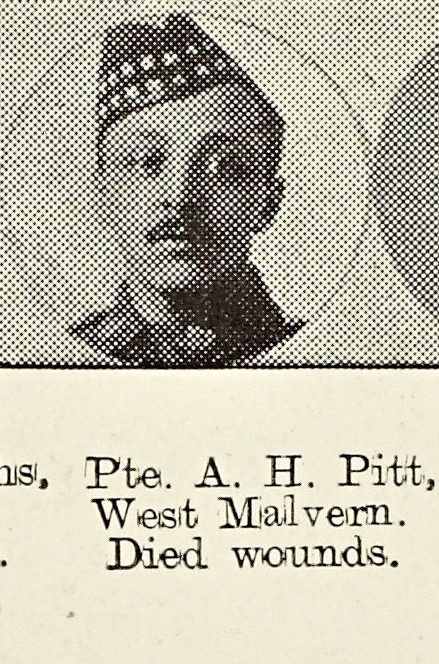 “Private A H Pitt, of the Canadian Highlanders (second son of Mr and Mrs J Pitt, of ‘Pittville’, Ebrington Terrace, West Malvern) has died from wounds.  He was aged 27, and had been in Canada seven years.  He joined up at Vancouver.”

If you know anything more about Archibald Hugh Pitt then please fill out the form below and we will update his record accordingly: