Next of Kin: Son of George and Ellen Bray of Church Cottage, Cowleigh 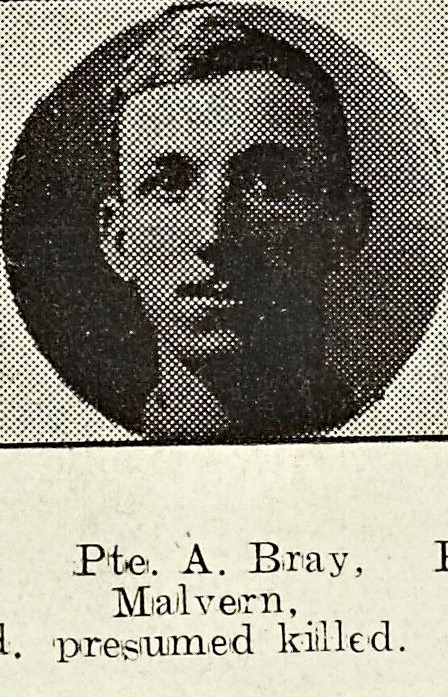 The Malvern News reported on the 20th April 1918: “Pte Archibald Bray reported missing on the 25/1/17 is now presumed killed. He is the son of Mr and Mrs Bray of Church Cottage, Cowleigh Road. He volunteered at the outbreak of war.”

He had three older sisters – Ruby, Mabel and Adelaide and one younger brother, Gordon.

If you know anything more about Archibald Bray then please fill out the form below and we will update his record accordingly: