Next of Kin: Son of Sidney and Selina Hart, Eastnor, Herefordshire 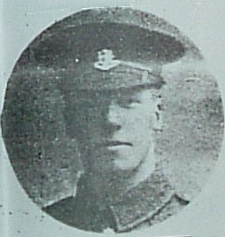 Eastnor born, Allen Hart was the son of Sidney Hart who ran a poultry and game business from Smithfield, Link Top. Allen Hart first served with the 1/8th Worcestershire Regiment was gassed on 20/7/16 and evacuated to a convalescent hospital at Cayeux on the coast. On 8/12/16 he, along with 150 others were transferred to the 1/7th Battalion to make up the losses suffered during the Somme campaign.

He served with the 1/7th Battalion throughout the winter of 1916, the Passchendaele Offensive of 1917 and when the division moved to Italy. Albert Hart was killed in June 1918 during an Austrian attack on the British lines.

In 1921 the Malvern News reported the death of his father. “He carried out business at Smithfield Link Top with the assistance of his sons, three of whom gave their lives for their country in the Great War. His last illness was long and painful, but patiently borne. Revd Somers Cocks officiated; the mourners included Miss Hart (daughter), Mr and Mrs W F Ryder (daughter and son-in-law), Mr and Mrs F V Hart (son and daughter-in-law), Mr E A Hart (son), Miss E M Hart (daughter), and Mr Seymour Hart (son).”

Hart’s brothers who were killed were Sidney John, and Walter Reginald.

If you know anything more about Allen Richard Hart then please fill out the form below and we will update his record accordingly: