Nature of Death: Killed in action during the Battle of Messines, France 7/6/17 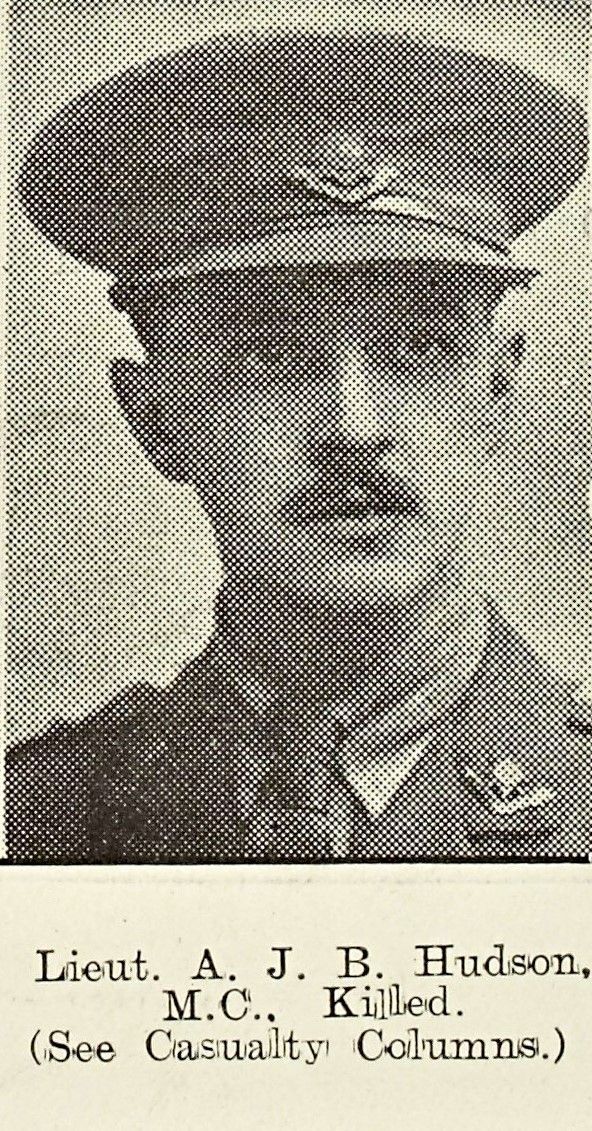 Alban Hudson, son of Reverend and Mrs C H Bickerton Hudson of Holy Rood, St Giles, Oxford. He was a Commoner of Magdalen College Oxford. He served with the 11th Bn in Salonika and the 3rd Bn in France. He was awarded the Military Cross for an attack on the enemy trenches on 2/5/17 in which a German machine gun was captured. It is not clear why he is commemorated at the Priory.

Two of his cousins, Arthur and Aubrey were also killed in the Great War, with the 2nd Worcesters in September 1914 and with the 2/7th Royal Fusiliers in July 1916 respectively. They came from Wick, near Pershore where Alban Hudson’s father owned a considerable amount of land.

Lone Tree Cemetery, designed by J R Truelove, is close to the Lone Tree Crater, one of the nineteen which were made immediately before the infantry attack at the Battle of Messines in June 1917. Nearly all the graves in the cemetery are those of soldiers who fell on the first day of the battle.

If you know anything more about Alban John Benedict Hudson then please fill out the form below and we will update his record accordingly: