Nature of Death: Killed in action Ovilliers, the Somme 21/7/16

Next of Kin: Youngest son of Frederick and Harriett Wareham of The Poplars, Somers Park Avenue. 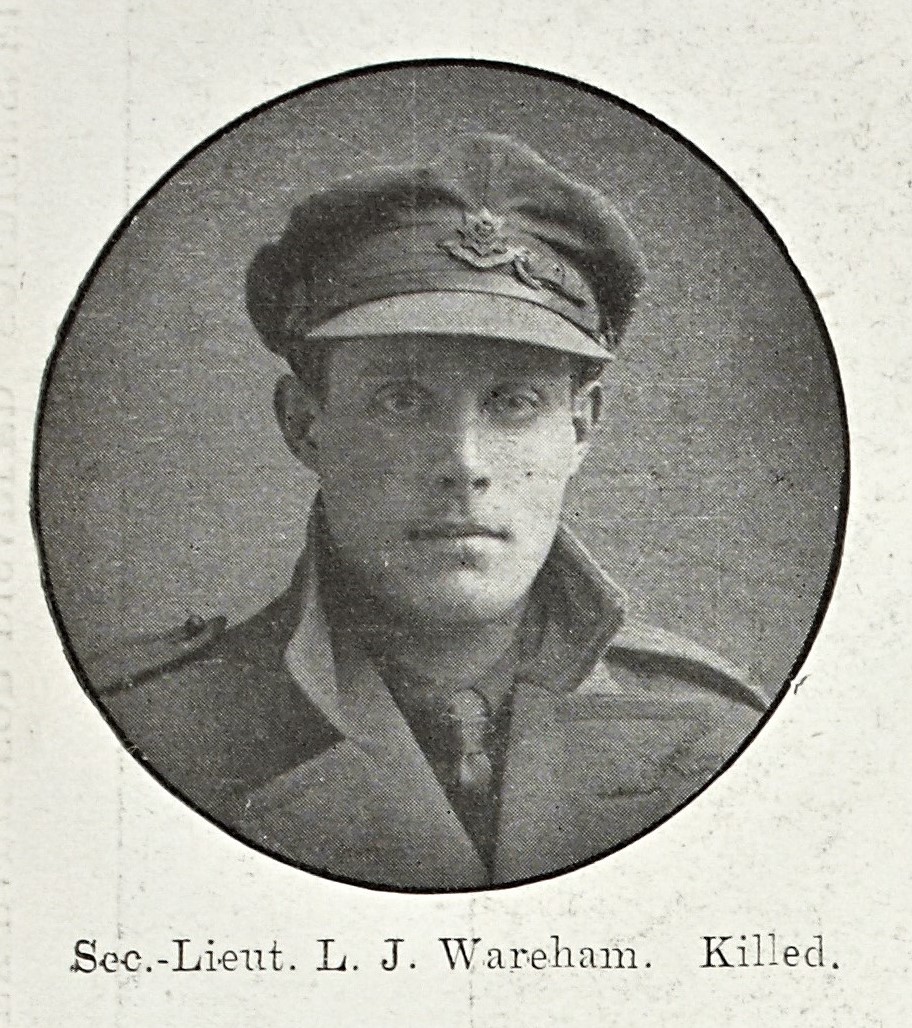 The Malvern News reported on the 29/7/16: “Mr and Mrs F Wareham of The Poplars, Malvern Link received a telegram from the War Office that their third son, 2/Lieut L J (Lawrie) Wareham was killed in action on 21/7/16 Lieutenant Wareham was 20 years old and an Old Elizabethan. He was a student teacher at Malvern Link Council School, and was proceeding to Saltley Training College in September 1914. He left Saltley to take up a commission in the Worcestershire Regiment. After attending a course with excellent results, he was made Battalion Signalling Officer at Weston. He volunteered for active service and went to France on his 20th birthday, the 17th May. Spending some few weeks at Havre, he went to the front in the first week of June 1916.”

Laurence Wareham’s battalion had been employed on the advance on the Somme and had worked their way forward through the shattered remains of Ovilliers. They had been fighting incessantly from the 18th July and by the 20th were tired and had suffered over 150 casualties. They were due to be relieved on the 21st by their sister Battalion, the 1/8th, but while that unit was repairing a road behind the lines they were gassed and nearly their entire fighting strength (including many Malvern men) were incapacitated. The 1/7th Battalion therefore had to fight on for a further two days. At 3.15am on the 21st ‘D’ Company in conjunction with units to the left and right attacked enemy positions to the front. But in the mud and darkness the attack made little progress, and the men fell back. Lawrie Wareham was one of the men who were killed in this action.

Mr and Mrs Wareham’s eldest son, Frederick had been killed on the first day of the Somme on the 1st July. Their middle son, Acting Captain Richard Charles Wareham survived the war, he joined the 8th Worcestershire Regiment just before the war, first served overseas as an officer in June 1916 and was latterly attached to the Tank Corps. He was wounded while in action whilst in action in a tank. He suffered shrapnel dust in the eye, which was thankfully not serious. Like his brothers, he also attended Worcester Royal Grammar School and after the war became a draughtsmen at Messrs Heenan and Froude’s and later at an engineering works in Durham. He was for some years a member of St Matthias Choir.

If you know anything more about Laurence John Wareham then please fill out the form below and we will update his record accordingly: