Next of Kin: Son of Mr W Henry and Mrs Emma Underwood of 2 May Cottage, Quest Hills Road, Malvern Link. 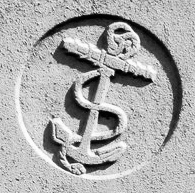 Joseph Underwood was born on 16th June 1900, the youngest son of Henry and Emma Underwood of Quest Hills, Malvern Link.  In 1911 the family were living at 2 May Cottages, Quest Hills Road and Joseph was at school.  His father was a plumber by trade.

In June 1918, just a few days before his 18th birthday he joined the Royal Naval Volunteer Reserve.  This was a common thing for young men who wanted to choose who they served with.  Had Joseph have waited until he was 18 he would have been conscripted and posted to a unit not of his choosing – almost certainly in the Army.  He was posted at the beginning of July to begin his training.

“He was educated at Malvern Link Church Schools and for some time was a senior boy in St Matthias Church Choir and afterwards a server. On leaving school he entered the employ of Mr E G Russell, jeweller of Holyrood Terrace, but latterly in the offices of the County Food Production Executive in Sansome Street, Worcester. He joined the RNVR only a few months ago at the age of 18. On leaving a month ago he went to begin training at Crystal Palace. His death was due to pneumonia following Spanish ‘flu. His funeral took place on the afternoon of the 19th October 1918 at St Matthias, Malvern Link.”

If you know anything more about Joseph Arthur Underwood then please fill out the form below and we will update his record accordingly: