Nature of Death: Killed in action on the Somme, France 9/7/16

Next of Kin: Youngest son of Mr and Mrs I R Venner of Mornington, Malvern Link 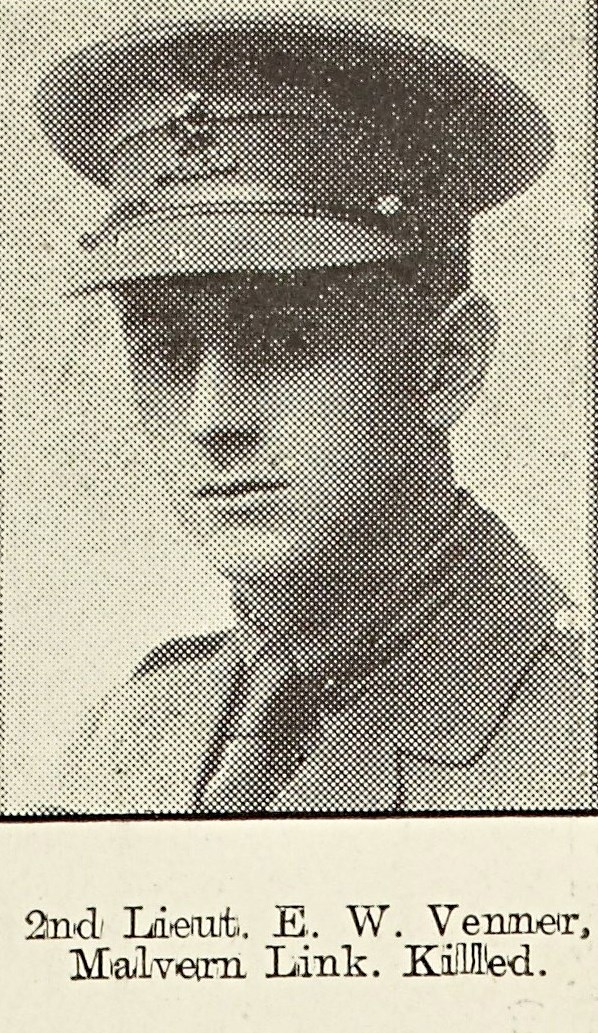 Edgar Venner was the youngest son of Mr and Mrs I R Venner, The Hollies, Malvern Link, brother to Irwin Price Venner of Mornington, Malvern Link where Edgar Venner also lived. He was educated at Worcester Royal Grammar School and both he and his brother volunteered for service in the Public Schools Bn, Royal Fusiliers. He was commissioned into the Royal West Kent Regiment in October 1915. No news was heard from him after the 9/7/16 duing heavy fighting on the Somme. He was reported missing, and presumed killed in action in April the following year. He has no known grave.

If you know anything more about Edgar William Venner then please fill out the form below and we will update his record accordingly: