Next of Kin: Youngest son of William and Elizabeth Twinberrow 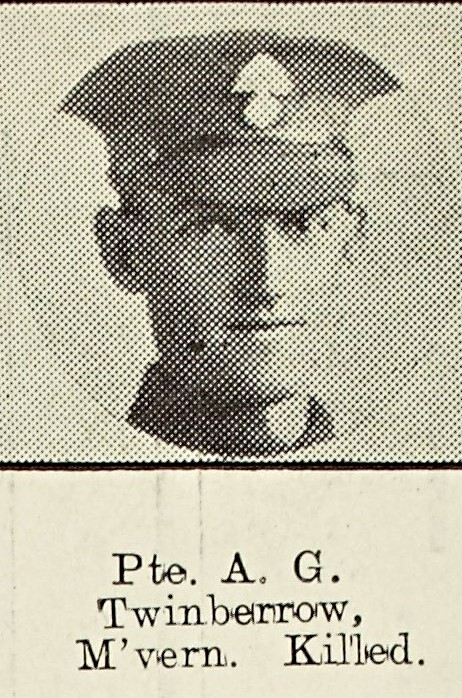 Arthur Twinberrow was born in North Malvern in 1889, the youngest son of drayman, William Twinberrow and Elizabeth his wife. On the 26th May 1917 the Malvern News reported: “Pte A G Twinberrow, Royal Fusiliers (the youngest son of the late William Twinberrow and Mrs Twinberrow of Hornyold Ave) was killed in action 28th April. He was educated at North Malvern, and was at one time a member of the choir at Holy Trinity. In a letter to his widow, a Norwegian lady whom the deceased married last October, the Captain of the Coy said he was a capable soldier and a good comrade. He was untiring in his work and duty came first in his thoughts. Pte Twinberrow was 28 year’s old.”

If you know anything more about Arthur Twinberrow then please fill out the form below and we will update his record accordingly: